Worked from medieval times until the early 20th Century. White marble streaked with yellow-green serpentine altar can be seen in Iona Abbey.

The site of the Marble Quarry on the South East coastline of Iona makes you wonder how the enterprise ever took off. There is no road to the site and access is only by foot via rough and boggy terrain. The pier used was just a flattish-faced rock at the base of dangerous cliffs and rough water.

The marble is white with yellow-green serpentine and the vein is only about 7m wide by 100m deep as it comes to the surface at the water’s edge. The Duke of Argyll purchased and polished a piece of this marble in 1693 and there is evidence that the high altar of the Medieval Abbey church was made of Iona marble. The quarry was, however, worked out by about 1918 and what remains are the unusable huge blocks of granite that were hewn by hand. Marks of chisels and saws can be seen on remaining stones as dynamite could not be used as it would have destroyed the precious rock. An example of the polished white granite with the famous green serpentine can be seen today as an altar in Iona Abbey but the marble was also sent all over the world from St Andrew’s Church in Jerusalem to Adelaide in NSW.

It is easy to imagine, sitting amongst the large blocks with cliffs either side,

how difficult it must have been to quarry the rocks from the narrow vein of marble. The danger, effort and teamwork required to man handle the cut pieces onto waiting boats was immense. But it was a time when engineering was creating new opportunities and the popularity of Iona created a viable economic opportunity.

The machinery used still remains and the site is designated a ‘Scheduled Ancient Monument’ (SAM). The National Trust regularly paints the remains of the giant saw to preserve it for future generations. As you leave the quarry site, the remains of the quarrymen’s cottage can be seen in the grass. 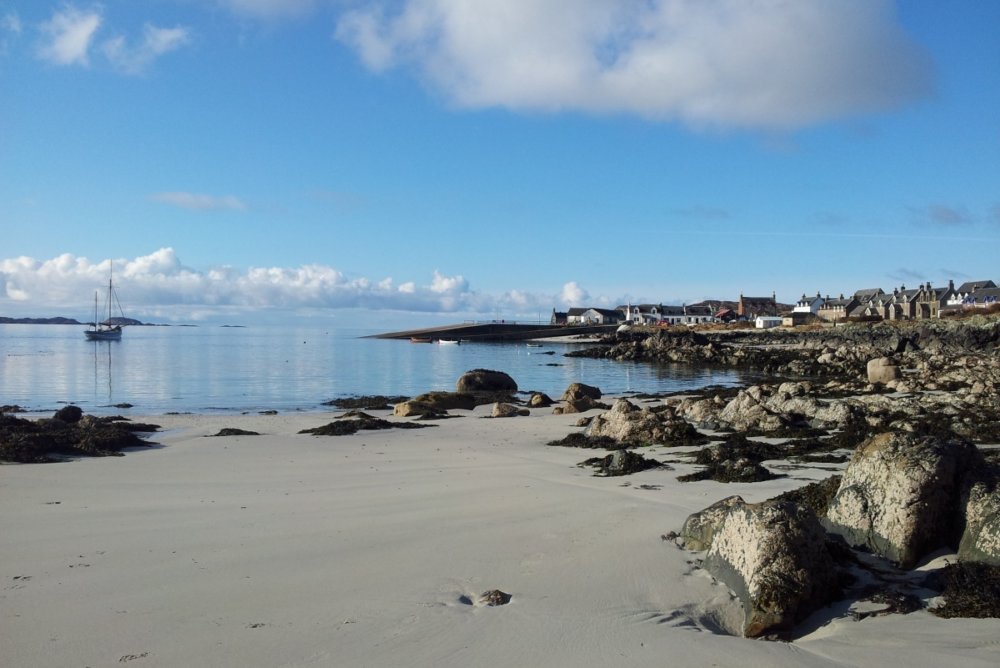 The most accessible beaches on Iona for those with children or a short time to visit. Close to amenities but with great views. 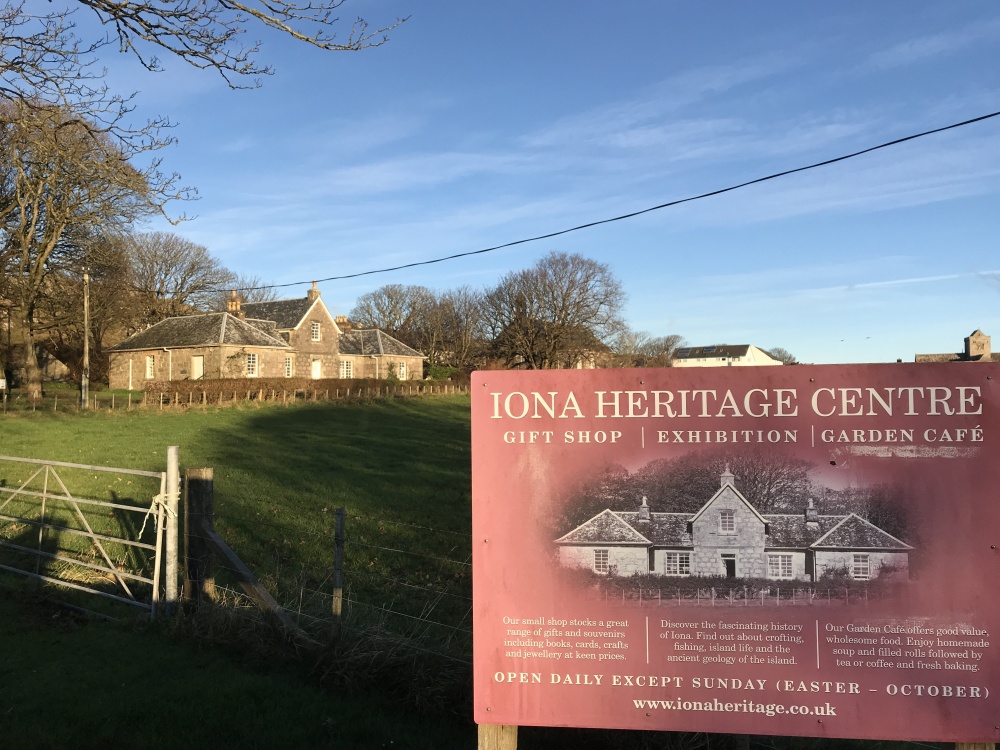 Just the place to discover more about the history and culture of Iona, or to explore the geology, flora and fauna of this Island. 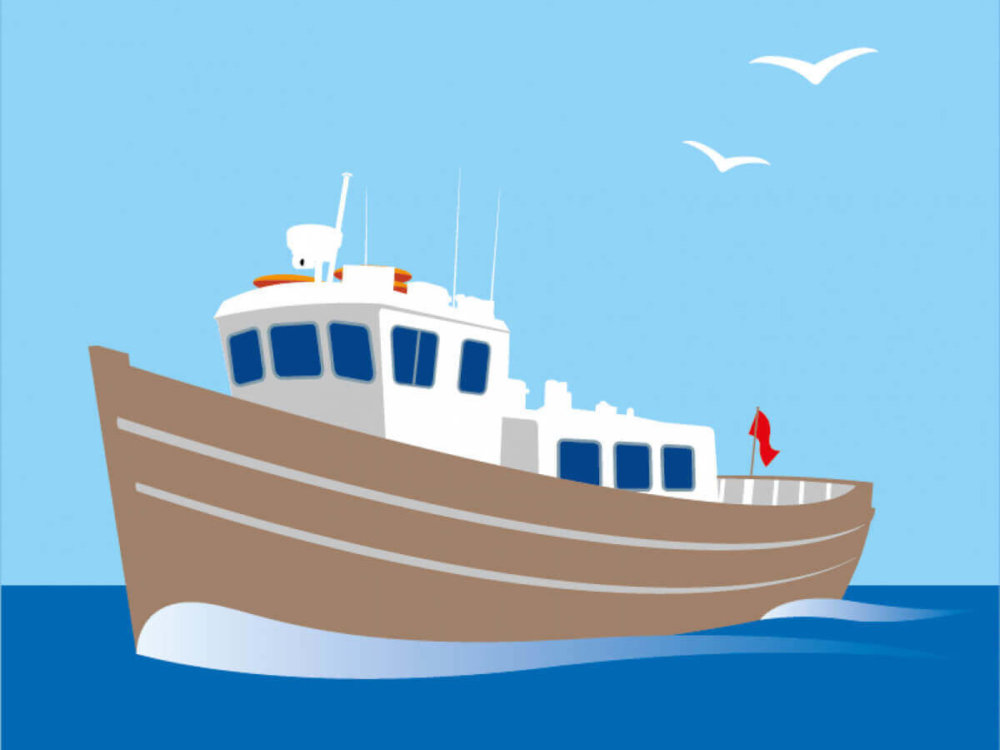 Whether you're interested in geology or seabirds, or if you just fancy being out on the water, we look forward to welcoming you aboard. 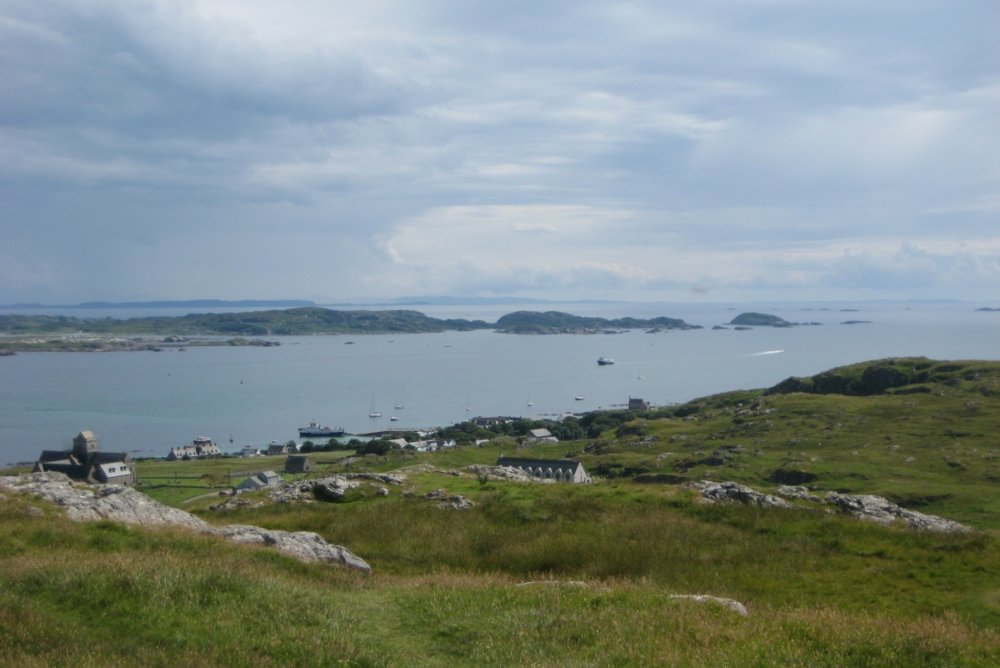